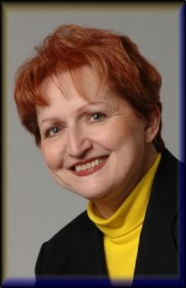 Katalin Voros, EECS MS1984 and Berkeley Microlab Operations Manager since 1986 was awarded the Gold Cross of Merit of the Republic of Hungary for her outstanding dedication and achievement among Hungarian Americans. This national recognition from the Hungarian Office of the President is awarded for advancing the interests of the independent and democratic Hungary. The Gold Cross was presented to Mrs. Voros by His Excellency Balázs Bokor, Ambassador of Hungary and Consul General of Hungary in Los Angeles who described Mrs. Voros’ work as instrumental to "helping maintain the identity of the Hungarian community in Northern California and solidifying the interaction of Hungarian scientists with the United States".

The award ceremony took place in Sacramento at the State Capital building on August 20, 2009. The ceremony was scheduled in coordination with passage of State Senate Resolution 1096 by Senator Fran Pavley (23rd Senatorial District). This Resolution recognized this year’s Hungarian National Founding Holiday (August 20, 2009) as Hungary Day in California.

The full text of the Senate Resolution